Visit Iceland‘s latest Campaign Mission Iceland is trying to rise above people’s bucket list of Mission Space, by encouraging space tourists to visit Iceland, a cheaper (and closer) alternative.  By reminding people that they don’t need to leave the stratosphere to have an otherworldly travel experience, the space billboard campaign of this country is encouraging domestic tourism.

“Iceland is Better Than Space”

According to a study by Visit Iceland, an overwhelming majority of the world’s population (39%) believes that Iceland has more beautiful scenery than what they could ever imagine experiencing in space. With an aim to be more sustainable, Iceland is now inviting space tourists to visit the country instead.

As for estimated prices, space tourists should expect to pay around 125,000 USD for their flight ticket or a total of 1,000,000 USD according to Iceland’s campaign. For a fraction of the cost and carbon footprint that it takes to travel into space, one can enjoy all that Iceland has to offer: unlimited oxygen, fresh food, geothermal spas, and more.

A Billboard in Space

The innovative campaign attached an electronic tablet to a weather balloon with a GoPro, which they then launched into space. The message on the device read: “Iceland. Better Than Space.” $1 million could book 2,000 flights to Iceland, rent every car in the country, or float around in a hot spring for five years according to the campaign.

“Any second now, another millionaire will buy a ticket to space; which is silly, when Iceland is right here on  Earth; and has oxygen.” – says their Mission Iceland Campaign Video, with visuals of the billboard being sent to space.

Iceland is a country full of exploration and adventure, with seven distinct geographical areas waiting to be discovered. Instead of venturing into outer space, the campaign invites people to come to Iceland and see all that it has to offer! You don’t need months of intensive training. No zero gravity motion sickness. No rupturing of the oxygen tank no. Plus, it’s a lot more affordable!

The accompanying video for the space billboard features a man in an astronaut suit reading a book about how to make the most of his 15 minutes in space (a typical duration for space tourism). Realising that spending just 15 minutes in space and preparing for it is not worth it, he decides to wear his Mission Iceland suit and explores the landscapes of Iceland, a space-like odyssey. He visits the country’s red rocks, volcanoes, black sand that resemble the landscape of Mars and geothermal spas (which Mars doesn’t), all in a fraction of the cost and carbon footprint it takes to travel into space. At the end of the video, he grins with satisfaction as he realises that “Iceland is Better Than Space”!

From a marketing perspective, the space billboard is an innovative way for Visit Iceland to promote its tourism campaigns, targeting the niche market of space tourists and diverting them towards more sustainable and cheaper alternatives. By engaging potential visitors in a creative way, Mission Iceland can expect to see an increase in bookings from people who want to explore what Iceland has to offer ,from its majestic glaciers to its hot springs, geysers and thermal spas.

In addition, the campaign also sends out a strong environmental message about the need for sustainable tourism, as space tourism carries a much bigger carbon footprint than visiting Iceland does. By promoting their eco-friendly alternative over space travel, Visit Iceland is encouraging people to consider the environmental impact of their choices and to become more conscious travellers. 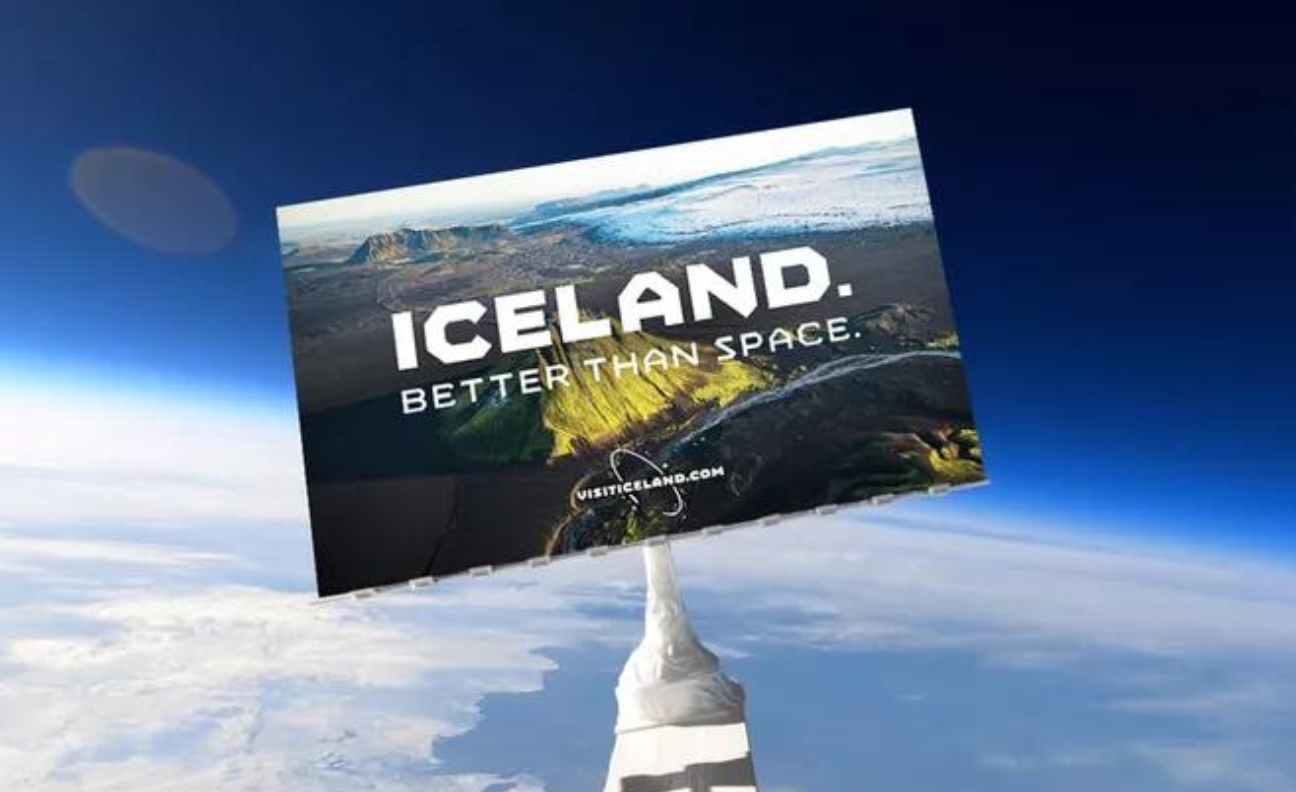