The never-ending advertising competition between Pepsi and Coca-Cola is a battle that has been waged since the late 19th century. Both companies are constantly looking for ways to outdo their rival. In the most recent chapter of this rivalry, Pepsi is using ‘science’ as part of its marketing strategy in order to gain an edge over Coca-Cola.

It is through their recent advertisement billboard in Santa Marta that Pepsi has made one of its boldest moves yet. Santa Marta is the hottest city in Columbia, where the temperature rises up to 42℃.

Taking a dig at: Pepsi as a cold drink, they are trying to portray the Pepsi blue as a cooler colour than the Coca Cola red. The science behind the campaign is not complex, simply applying Heat Theory.

This means that, in comparison, red surfaces absorb almost all wavelengths, so they get more heated up. One of the original studies behind this fact was conducted by the Sustainability Research Centre (SRC) at the University of the Sunshine Coast, in Australia.

To utilise this tongue in cheek dig at Coca Cola, Pepsi set up a billboard with thermometers that would capture the temperatures in real time, using the two colours to distinguish between the colder and hotter moments.

The ad spoke for itself, with the red side of the billboard always showing lesser temperature, showing a maximum of 44℃ and the blue side showing 42℃, making Pepsi the ‘cooler’!

Pepsi took a brave, yet playful approach to engage with their customers. It was a great example of how scientific studies can be used in marketing and advertising, without seeming too preachy or trying too hard. The strategy also had a good effect on branding as it generated a lot of buzz around the campaign on social media, making Pepsi stand out from its competitors. People tagged Pepsi with the pictures of the billboard, further increasing their reach. It was an innovative way to promote the company’s brand and products taking a slightly different route from conventional marketing techniques.

Overall, by using colour theory and heat theory in marketing, they provided an effective and engaging campaign that made a lasting impression on consumers. 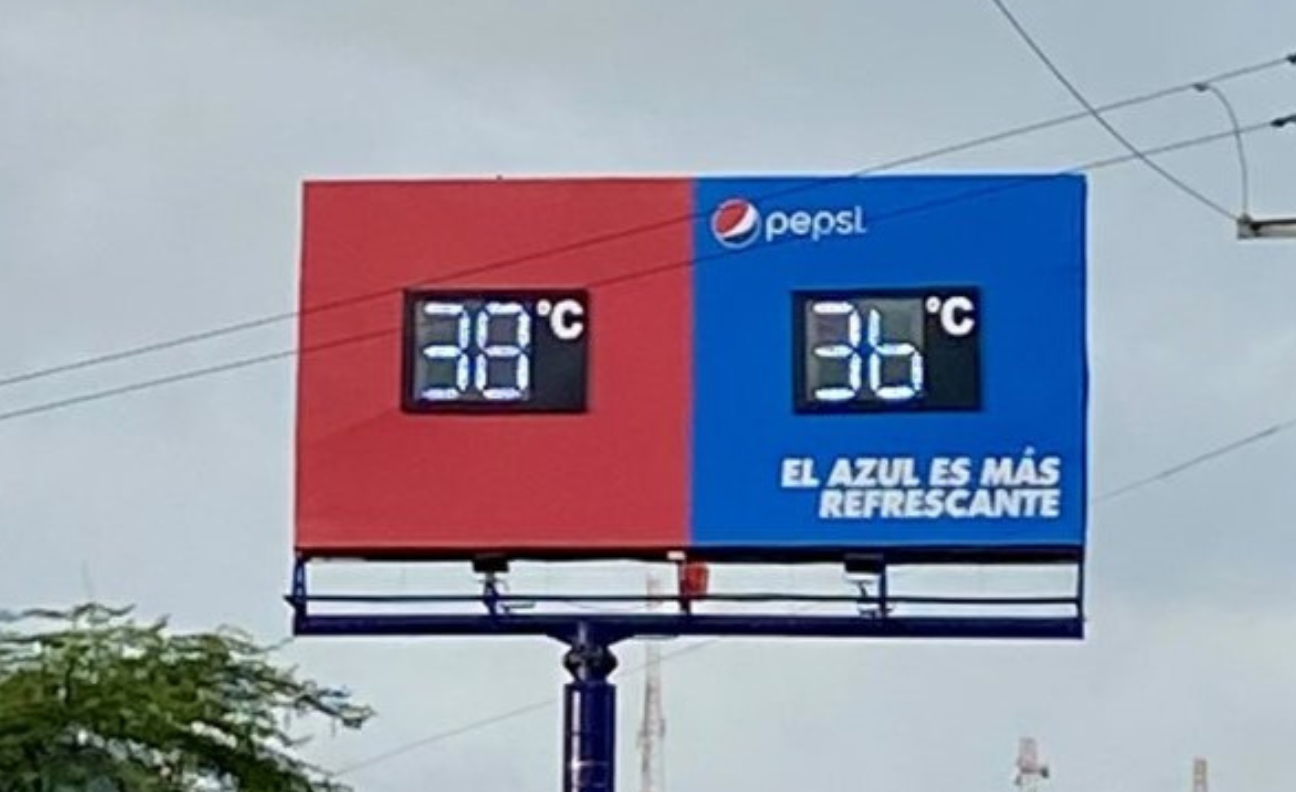 News Credit: Ads of the World